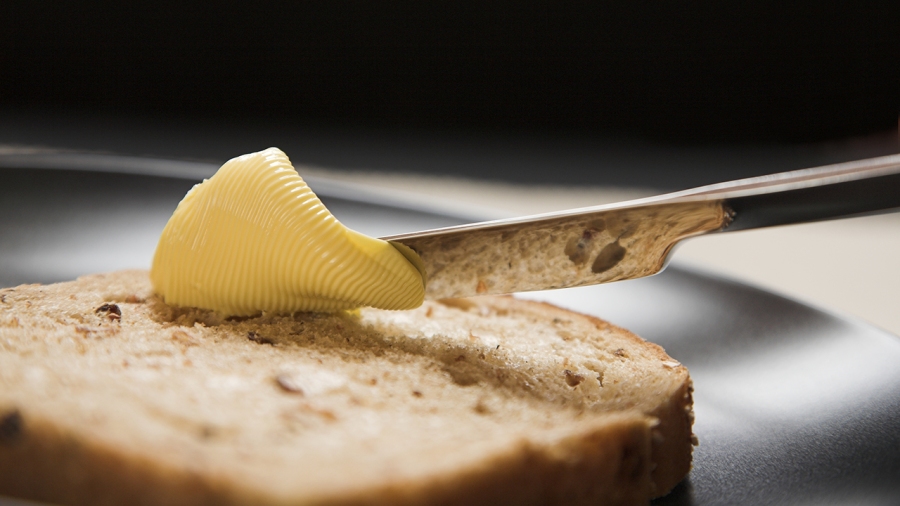 Ever since the 1860’s, when margarine was invented, people have been wondering which of these mysterious spreads is better for our health. Butter or margarine? Even now, with the many health advancements we’ve made, this is still a common debate. Through this article, I’m hoping to get all the facts out there and help people to become more equipped to make an informed decision.

Butter goes back as far as the Bible, when it was mentioned that “the churning of milk produces butter.” It is rumored that the spread was first created by accident when milk was churned on horseback and naturally solidified. Butter became extremely popular in northern Europe around the 12th century because it was a cheap source of nourishment and added flavor to meats and vegetables. It is believed that climate impacted where butter was used. Northern Europe was significantly colder than the south, and therefore butter was kept fresh for longer.

Emperor Napoleon III  was the one who encouraged the creation of margarine in 1869, when he offered a prize to the person who came up with an inexpensive butter substitute. He hoped that this new substance would benefit the military and the lower class. Hippolyte Mège-Mouriès, a French chemist, discovered that churning beef tallow with milk created an adequate butter replacement, “oleomargarine.” This was in the 1860’s, so needless to say, it took a few more years for margarine the gain popularity.

By the 1920’s, however, butter was facing some consequences of this feud after Congress passed a law banning any additional ingredients to be mixed into butter. This included anything that could help make butter easier to spread. Naturally, consumers gravitated more towards margarine.

The margarine industry eventually switched from animal fat to hydrogenated vegetable oils, due to the dwindling food sources during the Great Depression and World War II. Consumers became more reliant than ever on margarine, now being unable to afford the sumptuous butter. Between 1950 and 1967, all of the margarine taxes were appealed in the US, as butter became harder and harder to come by. Many people around the world were rationing their food, and butter became more of a luxury than a staple in the home.

Towards the 1980’s, Americans started becoming more health conscious. As many of us know, the “low-fat” phase ensued when it was discovered that saturated fat contributed to the risk of heart disease. This resulted in a drastic change in the food industry, as businesses quickly realized that consumers wanted products that were low in fat. The phrase “reduced fat” raided the shelves of grocery stores. With this, butter lost popularity, and margarine became even more common in American households.

With the new decade of the 1990’s came new, groundbreaking discoveries. Trans fats, or partially hydrogenated vegetable oils, were linked to increased levels of LDLs, or bad cholesterol, and in turn, were linked to heart disease. By 2003, the Food and Drug Administration required trans fat to be included in the nutrition facts of all food products. Suddenly, butter seemed like a much better option to consumers. Now, the World Health Organization recommends that trans fat consists of less than 1% of our daily calorie intake, and should generally be avoided. As a result, margarine companies have drastically cut back on the amount of trans fat in their products. Most have no trans fat at all.

Today, many people prefer natural foods with fewer ingredients, as opposed to confusing, processed foods. Butter production is definitely easier to understand than margarine production. Here’s how each is made if you’re curious.

So Which Is Better For Your Health?

Now we all have a pretty good idea of how each of these spreads came to be. So how do we decide which to put on our toast in the morning? Well, it’s really more of a personal preference, since there’s no blatantly obvious choice. Neither is great for you. But they do add flavor and richness to many of our foods. Basically, it’s up to you to choose the lesser of two evils for the sake of flavor. 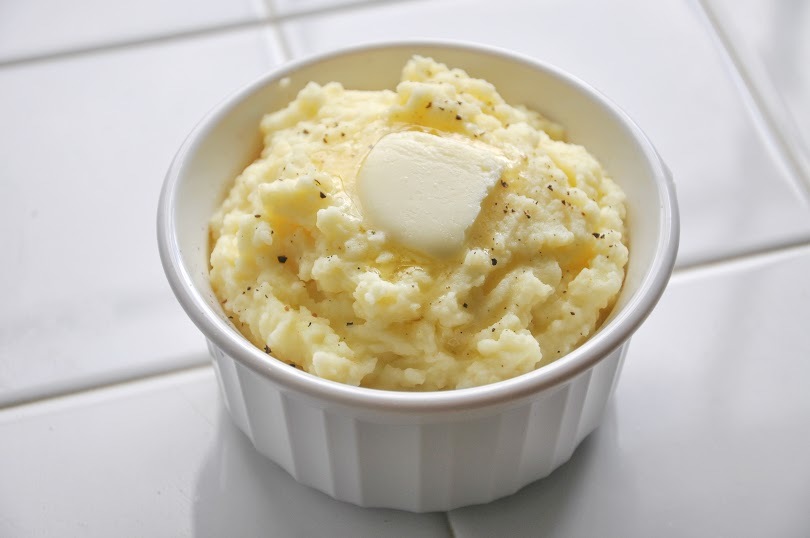 Overall, butter has more saturated fat than margarine, with about 7 grams of saturated fat per tablespoon. Whereas margarine only has about 2 grams per tablespoon. This is one of margarine’s biggest boasting points, considering people have been trying to consume as little saturated fat as possible. But as long as saturated fat is consumed in moderation, it is not really detrimental to our health. It’s when you are significantly over-consuming it that it becomes a problem and leads to heart disease.

There are also about 31 mg of cholesterol in one tablespoon of butter and none in margarine. But we have to consider that our body does require some cholesterol.) So if you are at risk or have a previous history of heart disease or high cholesterol, then maybe margarine is the better choice for you. Another solution may be to cut back on the amount of butter you’re using, or to remove other sources of saturated fat from your diet. However, for the rest of us, there really isn’t much harm in having a little butter with our meals every once in a while.

Me personally? I use butter, because I prefer foods with fewer ingredients and less processing. And I believe that everyone needs to indulge at least once in a while. But hey, it’s up to you! So next time you’re perusing your local grocery store’s dairy aisle, you’ll have all the facts. It’s time to go out and choose for yourself.

(Note: This article was written 100% by me, Georgia. However I first published it as a Spoon University article.)

2 thoughts on “Margarine vs. Butter: What’s the Difference?”

Buy us a coffee to keep us going!